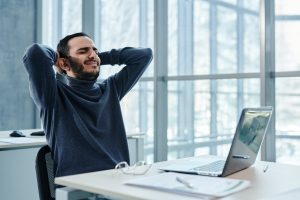 The legal profession’s business model incentivizes physical and mental exhaustion by looking to hours billed as the yardstick by which an attorney is measured.

Put aside for the moment that a large percentage of hours billed come from recent law grads whose experience is scant and whose training is thin.

Given the stakes for a client business, legal work is intellectually demanding — so mental acuity is imperative. And even the most proficient lawyer isn’t at his or her best without adequate rest and mental health.

Yet, as the Financial Times article states:

“Law firms are strict hierarchies in which associates work in cohorts under partners who dole out their work and monitor their performance, based largely on ‘billable hours’. Associates at top-flight firms are generally expected to bill anything from 1,900 to 2,200 hours a year … training, business development and other pressures add hundreds more, depending on the firm.”

These demands on attorneys do damage to them — and to the quality of their work:

“In October a survey by Legal Cheek found lawyers’ working days had grown longer over the previous years. Kirkland & Ellis associates said they were clocking off at 11:28 pm on average, up from 9:14 pm, and Ropes & Gray lawyers reported finishing at almost 11 pm ….”

So, among lawyers at various firms:

” … That level of exhaustion is taking a toll. In a survey of over 1,700 lawyers published in September, LawCare — a mental health charity in the sector — found almost 70 percent had experienced ill health, either clinically or self-diagnosed, in the 12 months to January 2021, including depression and anxiety … Those aged between 26 and 35 were displaying the highest burnout scores … A fifth of respondents said they felt unable to cope.”

Nevertheless, the value of a lawyer’s work continues to be measured primarily by hours billed. To quote one managing partner: “Since the summer we have stopped talking so much about chargeable hours because people said it was making them anxious … Ultimately if you’ve had a less productive day it’s very evident. It [hours billed] is the main way we measure people.”

Early in the previous century, Frederick Winslow Taylor ‘s time-and-motion studies of factory workers led to a now-discredited “Taylorism” — deemed obsolete by the 1930s because it failed to take account of human fatigue. In the midst of the Digital Age, the legal profession’s Industrial Age approach to an attorney’s value — sheer hours worked — is as bad for the quality of a business’ legal services as it is for the well-being of individual lawyers.