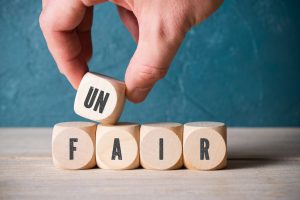 1. Regulations are technical: thousands of pages filled with minutiae.

2. Regulations are human: the minutiae is enforced by people — people who have their own personal traits, good and bad.

3. Regulatory compliance is often as much about the personal traits of those who enforce the rules as it is about the rules’ specific terms.

On May 20 the Kansas Supreme Court concluded 15 years of litigation between Gene Bicknell, the largest owner of Pizza Hut franchises in the world, and the Kansas Department of Revenue. The Kansas high court ruled that Mr. Bicknell had been domiciled in Florida during the years at issue, and that Mr. Bicknell therefore owed Kansas no tax for the years after he moved away from Kansas.

“As purported evidence that Mr. Bicknell was still in business in Kansas, the state Revenue Department pointed to the fact that he had never officially announced his retirement [in Kansas] or held a goodbye party ….”

Based on this blooper, and other rationales which the Kansas Supreme Court found similarly unconvincing two weeks ago, the Kansas Department of Revenue years ago had forced Mr. Bicknell to pay $43 million in income tax (which it now must repay to him, with interest).

A reasonable enough result in the end. But Mr. Bicknell tells us that the regulator took its pound of flesh:

“The Department of Revenue’s approach has always felt like extortion … forcing me and my family to endure hundreds of interrogatories, depositions, three trials, three appeals, 15 years of attorney time, and appearances before an agency board that was a kangaroo court.”

And the Kansas Department of Revenue will not be obligated to reimburse Mr. Bicknell for the “15 years of attorney time” he was forced to pay in order to secure his rights.

Regulators’ subjectivity can be of profound importance. For ill or for good.

Advising an individual facing possible discipline from the primary federal regulator of his industry following his arrest for a misdemeanor-level crime, I urged him to engage two different types of lawyer. First, to retain a well-regarded criminal defense attorney in the jurisdiction where the arrest had taken place.

Second, I advised him to engage a lawyer who had intimate knowledge of the people in the relevant federal agency for his industry. Specifically, personal familiarity with those who would make the disciplinary charging decisions: the chief counsel’s office.

Recommending a lawyer in private practice for this task, one with whom I was personally acquainted, I put it this way:

“She worked in the Chief Counsel’s Office of this agency. In her private practice she continues to work with the very people who supervise the charging process now. For a disciplinary matter like this, I want you to have someone who literally knows their way to the restrooms inside the agency.”

Where an action of your business could attract significant enforcement attention of a government agency, get advice from a lawyer who knows the people and culture of that agency before you decide to go forward. Their quirks, prejudices, and virtues can be as important to the outcome as the rules themselves.