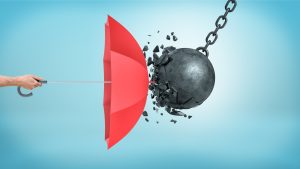 As Part II of this four-part series illustrates, most C-suites and boards exempt the corporate law function from accountability for anticipating, preparing contingency efforts against, and decisively neutralizing — legal and regulatory dangers that have not yet mutated into full-blown lawsuits, agency enforcement actions, or some other catastrophe. In each of Boeing’s 737 Max crashes, General Motors’ ignition switch tragedy, and Blue Bell Creameries’ listeria outbreaks, this appears to have been the case.

The result in each situation was a gaping legal and regulatory hole in what should have been a comprehensive shield of company-wide, managed compliance. Leaving senior leadership open to being blindsided by devastating surprises.

In commenting on the General Motors ignition switch tragedy, former GE General Counsel Ben Heineman, Jr. has called this as the “ignorance defense”.

” … It’s incomprehensible to me why some people are so quick to judge or blame Mike Millikin. Nobody can point to a single fact that he must have known of.”

“Millikin’s ignorance of the matter only begins the inquiry into possible culpability. It hardly ends it.”

As I wrote in Part II of this four-part series, I don’t suggest that the general counsels working for Boeing, General Motors, or Blue Bell Creameries in the examples cited there were either morally or professionally blameworthy. I don’t know what relevant facts they knew, or when they came to know them. It appears that they were doing the task assigned to them by their respective C-Suites and boards: reacting to events of which they had actual knowledge, but not much, if anything, more than that.

By their indulgence of an “ignorance defense” for the corporate law function, C-suites and boards ask too little of Legal. Until the corporate law function is made accountable to the CEO, COO, or CFO for the legal and regulatory components of company-wide, managed compliance, the business is vulnerable to being blindsided by early-stage hazards that Legal is best positioned to anticipate and prevent.

Part I of IV

Coming in Part IV of IV: Give Legal the responsibility to identify and prevent incipient dangers