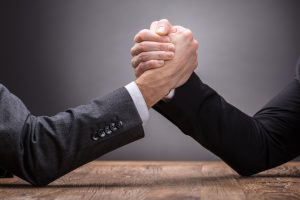 Business analyses — and decisions to which they can lead — are no better than the data on which they are based.

Part I of this two-part series considers the tiny minority of legal matters priced to client companies on a basis other than attorney hours (a reported 16.8%), and then asks if more resolute negotiation by the corporate law function might wean outside counsel from hourly billing. LexisNexis / CounselLink, source of the 2021 report and that 16.8% number, is a superlative provider of data concerning legal services delivery.

But data about legal services delivery are usually of less precision and less transparency than, for instance, data on which audited financials are based. In particular, two flaws in the empirical findings behind the “16.8%” figure limit that report’s utility for understanding the true extent of AFA’s in U.S. legal practice.

LexisNexis / CounselLink offers a candid admission about the 2021 trends report on the incidence of alternative fee arrangements, or AFA’s, among matters handled by outside counsel during the period covered (January 1, 2020 through December 31, 2020):

Where a matter is priced in whole or in part on any basis other than hourly billing, LexisNexis / CounselLink candidly discloses that their report treats the entire matter as being priced on an AFA basis. Put another way, if only 5% of a matter is priced on a basis other than hours billed, and the remaining 95% is priced according to hours billed — the entire matter was counted in the report as AFA-based for purposes of arriving at the “16.8%” headline figure for the incidence of AFA’s.

The dollar value of fees actually paid for that matter could be a fraction of that percentage. So it’s not the case that the report found that 16.8% of payments were priced on a basis other than hours billed.

There is widespread belief in the assertion that what law firms designate as “alternative fee arrangements” often amount to what general counsels and other observers deride as “hourly billing in disguise”. Strictly speaking, there is no way of proving or disproving this on an empirical basis (law firms are, appropriately, totally opaque on such decisions).

But, anecdotally, I have witnessed hourly-billing-in-disguise firsthand.

For instance, I saw this play out (with some hilarity) in an exchange between a BigLaw partner and a general counsel about what the law firm had designated, with apparent pride and self-satisfaction, as an “alternative fee arrangement”. Having designated the fee as an “AFA”, the partner described how his law firm had mined its own billing data about hours charged by associates and partners to complete a particular category of task. The law firm had thereafter derived an average price for the task in question based on these hours actually billed in similar circumstances for that task.

Like a panther descending from a tree upon a gazelle, the general counsel called “disingenuous!” (or a phrase to that effect) on the law firm partner’s “alternative fee arrangement”.

Laura Rosseel, a lawyer with Cambrian, recently wrote about the weaknesses of the billable hour as a pricing method:

“So why have law firms not shifted away from the billable hour? Because lawyers count in “hours”. And old habits die hard. Most alternative fee arrangements are still assessed in light of the time spent on a case file.”

Data about who in the legal profession actually does what, and for what sort of compensation, in specific legal tasks — is largely confined to lawyer and client (and appropriately so). Therefore in evaluating delivery of legal services to corporate law functions we need to do the best we can with what we have. But we need to be mindful of severe limitations in the data we can get.