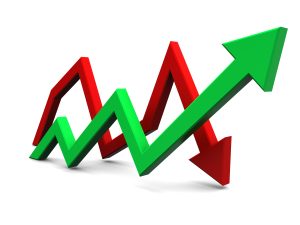 After an historic high number of law firm hours billed industry-wide in 2021, Q2 of 2022 has seen an historic year-over-year drop in those hours. This drop will likely cause major, near-term, upward price pressure on law firm rates.

Therefore, with inflation at the highest it’s been in decades, it’s going to be up to you as a business leader to step in and make sure that your company makes robust use of its purchasing power with those law firms.

” … If law firms can’t increase the hours per month of their lawyers and the rising price of new lawyers makes continued on-boarding [law firm-speak for hiring additional lawyer associates as employees in order to maximize hours billed] unpalatable, how are firms to increase revenue?

“In a world where 94% of firms use hourly fees as their primary billing practice, the most obvious option is increasing rates, which firms have managed to do by growing worked rates at 4.7% in Q2 2022 compared to last year. Yet while rate growth has been solid, it’s an open question how long clients will accept such rate increases.

“… If then, firms can’t increase hours nor rely on rate increases, what are they to do to increase revenue?”

Put another way, the Thomson Reuters report identified (1) an outright increase in hours billed, and (2) explicit rate increases as revenue-enhancement moves so obvious to corporate clients that they are likely to reject them out of hand.

So the report goes on to suggest that law firms pursue two forms of revenue-enhancement that corporate clients might be less likely to notice, and therefore more likely to passively accept: (1) less extensive fee write-downs of the kind described below, and (2) more aggressive dunning of clients on invoices (to increase what law firms call “realization rates” on their bills):

“The average partner writes down roughly $237,000 in fees every year, including tens of thousands of dollars of unreported time spent correcting associates’ work and other activities, according to Thomson Reuters research. Further, despite firms making considerable gains over the second half of the 2010s in terms of realization, the average firm only collects 91.8% of the value from the hours which they work, with the majority of that loss the result of work written off before clients even receive an invoice ….

“While not necessarily ‘free money’, this is relatively low-hanging fruit, and is certainly enough to ride out an economic rough patch ….”

Presumably, law firm partners who make fee write-downs on the large scale described above do so out of what they perceive as their professional duty — not from the kindness of their hearts. And it is unseemly to encourage a fiduciary like a law firm to generate targeted, material increases in client company payments based on more stringent collection practices against one’s own clients.

Traditionally general counsels who run law departments don’t push back very robustly on law firm pricing. Even, I would expect, on desperate revenue-enhancement methods like those urged above on law firms. If faced with such shenanigans, it will be up to you as a business leader to instill management discipline in Legal to aggressively removing such waste from their law firm bills.