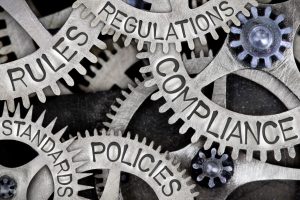 1. In the last four decades, legal and regulatory demands on business have increased exponentially.

2. These demands trigger chronic, gaping shortfalls between what a company needs in order to achieve legal or regulatory compliance, on one hand, and the resources that Legal actually possesses, on the other.

3. Such severe gaps in capacity call for responses at-scale. And at-scale impact won’t happen without disciplined systems and processes by which colleagues in Legal work together to accomplish what no single one of them could do on their own.

4. But most lawyers cherish their autonomy. So most avoid systems and processes they view as cramping their individual style.

It matters for two, related, reasons.

First, lawyers see themselves as individual contributors, not as colleagues in collaboration with others. Professor Bill Henderson describes lawyer and technology consultant Casey Flaherty’s explanation of how in-house and law firm attorneys view themselves and their work:

“The lawyer theory of value states that the key to value is having smart lawyers. Lawyer time is the primary resource and the primary unit of measure even in law departments that have no compensable time sheets. Because in-house and law firm lawyers are the same people, they have the same go-to move — ‘stand back and let me lawyer’ …

“What most in-house stakeholders want, observes Casey, is more budget, more headcount, and to be left alone. We see the same mindset in law firms: ‘I’ll work hard and track my time. Otherwise, leave me alone'”.

Second, an empirical study by psychologist Dr. Larry Richard found that, “it’s common for lawyers to resist being managed, to bridle at being told what to do, and to prize their independence.” This based on a psychological instrument in use for over 50 years, the Caliper Profile, in which Dr. Richard found that lawyers in business practice exhibited the personality trait of “Autonomy” at a percentile almost double that of the general public:

“Finally, let’s look at the ‘herding cats’ trait … Autonomy. Our most recent data, principally from larger firms, suggests that lawyers’ Autonomy scores generally average at the 89th percentile [compared to averaging at the 50th percentile for the general public].”

Corporate attorney and consultant to large law firms Bruce MacEwan, in his “We Have a Scal(ability) Problem“, writing about the majority of law firms serving U.S. businesses:

“But what if … [these firms] as conventionally organized can’t scale enough?

” … The risk is real that exhaustion could lead to things ‘fraying around the edges’ and quality cockups …. But don’t just take our word for it:

“The data tells a story of our:

In order to achieve impact at-scale, C-suites and boards need to require of the corporate law function the same sound management standards to which finance, IT, and other functions have been held accountable for decades. Instead of, in Bruce MacEwan’s words, “responding to the growth of scale by throwing more lawyers at it.”

A final word from Mr. MacEwan:

“We’re running out of running room here; we need to try a different approach … Tackling this will take, yes, lawyers, but Rule #1 must be they can’t sit at the head of the table: We need process engineers, software developers, business process optimization gurus, pricing Ph.D’s, resource allocation jockeys, and probably half a dozen more ‘allied professions’ in the room.”

Coming in Part II of IV: C-Suite Must Say What It Wants from Legal

Coming in Part III of IV: What Currently Impedes Legal from Doing Its Job

Coming in Part IV of IV: How the C-Suite & Board Can Achieve a Re-Set