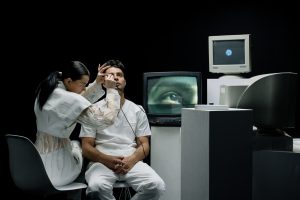 Too often the legal profession uses its power to regulate the competence of its service providers (a good goal) simply to protect lawyers from unwanted competition (a bad goal).

Medical authorities have developed care specialties performed by professionals outside the category of licensed physician, who are highly trained — and who do their work without micro-management by MDs.

The legal profession should take a lesson from medicine’s pursuit of operational efficiency. But, more often than not, state bar organizations fiercely resist such a step, citing”legal ethics” and “protection of clients”.

“The State Bar of California this week said it had received 1,318 public comments on a proposal that would enable specially trained nonlawyers to offer legal advice in limited settings, such as employment and consumer debt, in a bid to expand access to legal services.”

“[Out of 1,318 public comments] More than 800 people who wrote in during the 110-day public comment period opposed the proposal, and some of the roughly 325 supporters said they would like to see modifications to the plan.”

An oft-repeated story: Attorneys ask state bar authorities to fence-out competition in the name of “legal ethics” and the “public interest”.

Recently I consulted an internist about a problem he diagnosed as a blockage between my outer ear and ear drum. On being referred to the Ear, Nose, and Throat department, I found myself seated in a chair — looking at a 2-foot by 3-foot screen above me — viewing my auditory canal from an otoscope ear camera.

A physician’s assistant interpreted the image for me and offered her diagnosis of the problem, then she proposed a simple treatment, which she then administered after I consented. I politely replied “no thanks” when she asked me if I wanted to consult directly with the otolaryngologist (physician) in charge. I don’t know what her title was, and I did not see her credentials from the state medical board, but she had been placed where she was by a major regional medical center. She obviously knew her stuff. And she had solved my problem.

Not incidentally, I think, she conducted a task defined by the medical industry’s CPT Codes, and my insurance paid her fee according to that code. (See my post from February 8. 2022, “Will the Legal Industry Adopt Task Codes — and Fixed Fees with Them — Like the Medical Industry’s CPT Codes?”

A fixed fee, by the way.

Most of us have benefitted from the varied clinical roles licensed in the medical industry: stand-alone jobs, independent of direct supervision by any physician. Accomplished professionals with many years’ experience — not, as in the legal profession, practitioners “in training” for some “higher” job in the medical field:

You get the idea.

A profession that bills by some measure other than gross hours worked can encourage intelligent delegation of tasks among a team of professionals, as Indiana University Law Professor Bill Henderson describes it:

“… The real value of [paying a lawyer on any basis alternative to hours-billed] is to incentivize a re-design of workflow that (i) increases quality, (ii) speeds up delivery, and (iii) decreases cost.”