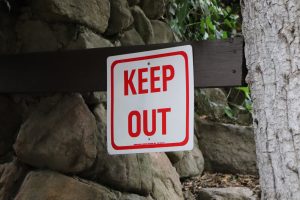 Yesterday, the American Bar Association (ABA), the Country’s leading organization of practicing attorneys, reinforced the legal profession’s longstanding opposition to anyone other than a licensed lawyer having an ownership interest in a law practice.

Future adherence to this policy would prevent the Big Four and tech-adopting / process-implementing alternative legal service providers (ALSPs) from including the advice of licensed attorneys among their offerings.

To date this policy has already successfully barred the Big Four and ALSPs from including services of licensed lawyers from among their offerings — until, that is, ALSPs Elevate and Axiom Law availed themselves earlier this year of Arizona’s reforms.

What reasons does the ABA offer for insisting on this status quo prohibition?

Here are excerpts from the ABA resolution:

On the ABA’s view, EY, PwC, KPMG, and Deloitte among the Big Four — and Elevate and Axiom among ALSPs — present various moral dangers to otherwise ethical law practitioners who might work alongside professionals who lack law degrees and passing scores on bar exams. Dangers sufficient to warrant U.S. bar authorities in prohibiting American businesses from being able even to choose whether or not to hire lawyers from these professional firms.

1. If this prevails among state bar authorities, business clients will have less access to tech-enabled services that help control legal costs, and

2. It will also discourage law firms’ (already sluggish) technology adoption by continuing to block their access to conventional capital sources (under the status quo, a law firm may not adopt a corporate form and issue ownership / share interests to any investor who is not a licensed attorney).

In the U.S., state bar authorities determine what lawyers may and may not do. And it is they alone who define what’s “ethical” and what is not. Arizona and Utah have already reformed their rules. The concern here: the ABA’s action may encourage other states to maintain the status quo. That will thwart progress by the Big Four and ALSPs who could otherwise lead the way to greater efficiency, faster speed, and enhanced accuracy of legal work.