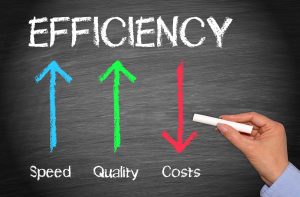 1. The corporate law function costs too much and takes too long.

(1) Rather than fixed fees agreed between lawyer and client in advance of the work, most pay outside lawyers by the hour, and

(2) Rather than engaging alternative legal services providers (ALSPs) to implement process-based, technology-enabled systems to do routine and recurring legal work cheaper, quicker, and more accurately, they largely avoid ALSPs, and use lawyers in firms or in-house for such work instead.

3. Most general counsel’s backgrounds are confined to the practiced of law; they lack “management” experience as that term is understood elsewhere in the business.

4. It makes no more sense to insist that only lawyers can run the budgets, people, and operations of the corporate law function, than it does to say that only a physician is qualified to serve as CEO of a hospital system.

As to waste in the form of the billable hour:

83% of their spending on outside counsel is based on hourly charges, with a mere 17% consisting of fixed fees mutually agreed between law firm and client company before work is begun (LexisNexis/CounselLink):

(1) Having redefined a trust-based, fiduciary connection between lawyer and client as a zero-sum, adversarial relationship, the billable hour business model results in law firms’ imposing on their lawyers quotas for time charged, posing the question: Was this hour billed because the client needed the work done, or to make quota? (see here, here, and here),

(2) In an effort to maximize hours charged, this business model incentivizes law firms to over-staff work assignments (see here and here), and

Minimizing use of ALSPs, and their efficiencies, produces waste:

In-house and in law firms, corporate Legal persists in its decades-long emphasis on custom work, done manually by one or more attorneys, in response to a one-off request (see here).

In “The History of In-House Legal“, an English legal writer who goes by the pseudonym “Jolly Contrarian”, points to the Toyota Production System as an instructive example:

“Now the thought leaders of the world have understood for decades that the problem in a distributed manufacturing process isn’t cost by itself, but wasteful cost … You rigorously test your process to check you are doing it properly — and not overdoing it by wasting materials, over-engineering … In fact, you charge your staff with monitoring this: they become frontline optimizers. They … are best placed to see waste and figure out the best way of eradicating it.”

There is no substitute for a well-qualified and well-paid lawyer, in a firm or in-house, if your business has been sued, is doing a transaction, or need legal counsel on a proposed course of action.

But managing for removal of waste, and achievement of efficiency is a job for proven managers, not for those who have no experience outside the practice of law.