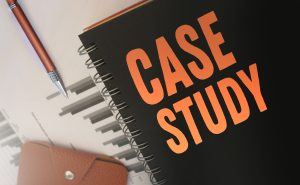 1. By long-established tradition, and (nearly) invariable current practice, only licensed attorneys serve as the CEO of a law firm or lead a corporate law department.

2. As a business lawyer who accepted a corporate client’s offer to run one of its divisions as a general manager 10 years into my legal career, I was largely blind to basic management principles until I became answerable to the P&L.

“First, professionalize your management. Second, optimize your operating model — because you need to produce quality and consistency at scale and pace. By the way, you need to do it in that order.”

Professor Henderson, in applying Jae Um’s prescription for optimal strategy to a case study of the Husch Blackwell law firm, focused on two of its fundamental traits:

First, a truly professionalized management has led that firm through multiple mergers to position it for the future:

” … Husch Blackwell is several years down the pathway of professionalizing its management (the first prong of Jae’s strategy) … The CEO leading … [merger] discussions was Paul Eberle, an accomplished business professional with no law degree … ‘I’m not an attorney, but I do know how to run a successful and growing business, which I’ve done for the better part of my life.”

“The most dynamic legal service organizations of the future will have work environments in which lawyers collaborate as peers with legal professionals [who possess] expertise in various adjacent fields (data, process, technology, design, business operations). The goal of this collaboration is to build systems that can deliver better legal outcomes faster at a lower per-unit cost.”

The key phrase: “Collaborate as peers“. Practicing lawyers who run most law departments and most law firms are notorious for labeling those who lack a bar license and a law degree “non-lawyers”. As a result, most legal professionals in “data, process, technology, design, [and] business operations” disciplines report strong implications of second-class-citizen status from attorneys with whom they work.

As Husch Blackwell’s CEO Paul Eberle anticipates stepping down in 2024, the firm continues its focus on professionalized management:

” … The firm has publicly announced a search for its next CEO. A recent article in the legal press notes that ‘because Eberle’s tenure was such a success, the partnership is looking specifically for a business professional to succeed him.’ A spokesman for the firm noted that ‘[a] JD degree won’t be held against any candidate but it is certainly not a requirement.”

Legal is just as much a business function as finance, marketing, or operations. But it’s the only one for which professional management is routinely considered unnecessary. Professor Henderson suggests “collaboration” between lawyers and other legal professionals, to “build systems that can deliver better legal outcomes faster at a lower per-unit cost.” Because such outcomes are the exception and not the rule in Legal, the C-suite and business owners should consider Husch Blackwell’s example of professionalized management for their law departments and for the law firms they hire.