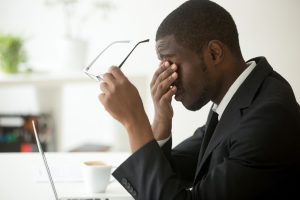 1. High-stakes corporate legal services call for optimum performance from the attorneys who provide them.

2. But long hours to the point of fatigue are the default mode for both in-house and law firm attorneys. (Stresses on in-house lawyers are such that a 2022 Wolters Kluwer survey finds 70% of them are “very to somewhat likely to leave their current position in the next year”. Bloomberg Law reports this week that law firm attorneys bill an average of 2,052 hours per year.)

3. Planned over-work for those who shoulder such consequential legal duties is unwise.

Earlier this week, Alex Hamilton, founder of a prestigious, innovative law firm specializing in commercial contracts, and Rob Bennett, general counsel of a supermarket chain, had the following exchange:

“I have spent the last few years looking at legal/operations to remove the admin/low level legal work from my teams so they can concentrate on the difficult work. If I’m 100% successful, though, my team will spend 100% of every day doing difficult work.”

“I’m reasonably sure the team is not going 100% for 100% of the time. Knowledge work is probably about 3-5 good hours on a good day. Getting rid of admin doesn’t get you to 8 good hours.”

Alex Hamilton, before he founded his current law firm, was a partner at Latham & Watkins, which currently ranks second among all U.S. law firms in its gross billings. As such, Mr. Hamilton is no stranger to long hours and hefty billings.

So he knows that not all of a lawyer’s working hours — whether in-house or in a private firm — are created equal. As he put it later in the exchange described above on the subject of billable hours, the convention of charging a set number of dollars per hour ignores the reality of the lawyer’s ability to produce value by thinking when fatigued: It’s unrealistic to “assume the sixth hour of the day is as good as the first hour.”

Consider the potential consequences of the following:

In legal services — as in flying an airliner, performing surgery, engineering a skyscraper — knowledge work is about quality not quantity. Yet the legal profession’s bias for over-work and consequent routine exhaustion of its knowledge workers puts proficiency at risk.

Most general counsel and other attorneys are unsuited to fix Legal’s dysfunctional work-to-exhaustion ethic.  As with other organizational disciplines, sound management of lawyers is most likely to come from proven executives.