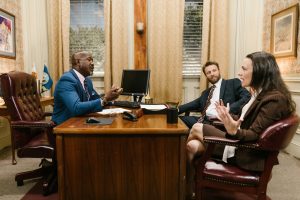 An earlier generation was raised on the saying: “Nobody ever got fired for choosing IBM”.

It still holds sway among too many general counsels I’ve known in their strong prejudice favoring AmLaw 100 or AmLaw 200 law firms as a hedge against second-guessing if something goes wrong on their watch.

Ben Heineman, Jr., legendary general counsel of GE from 1987 to 2005, disagrees. While careful to avoid a simplistic, sweeping endorsement of boutique law firms and condemnation of BigLaw, Heineman cautions against the opposite error — a widespread prejudice among general counsels. END_OF_DOCUMENT_TOKEN_TO_BE_REPLACED